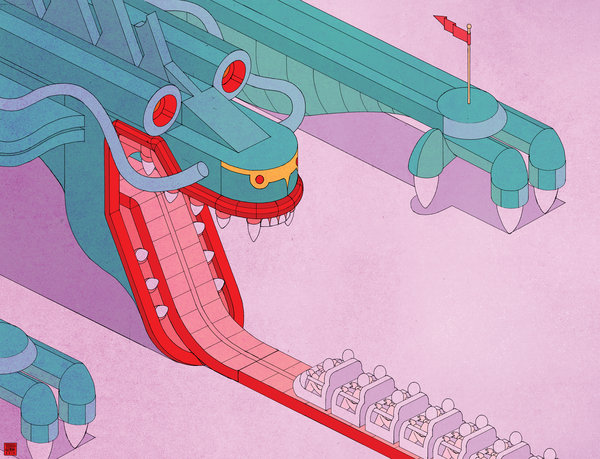 Through the radio, Sallah played by John Rhys-Davies reminds the tourists to fasten their seat belts, and points out a problem with the transport. The transport takes off, past a cluster of mirrors concealing the maintenance dock entrance, and turns a corner into the Chamber of Destiny, where guests are presented with three doors. One of the three doors begins to glow more brightly than the other two, and Mara announces which gift the passengers have chosen to receive.

The doors open, and the passengers enter the Hall of Promise, where the idol of Mara resides at the end of the hall. As originally built, the Chamber of Destiny only had one actual operating door and corridor.

Piecing together puzzles in Cambodia

Each of the doors are lit differently based on which particular chamber has been randomly chosen, and decoy tracks leading to the other doors have been used to enhance the effect. As of , the machinery used to rotate the room has been deactivated and is no longer used. Instead, the transport always enters the second door in the center, and the effect of entering a specific room is accomplished using projectors hidden on either side of the chamber, which shuffle through various video effects that are superimposed onto all three doors to create the illusion that the transport is entering a specific room.

Inevitably, someone looks into them and then immediately scowls at the guests and using projection mapping, shows the idol 'bleed' with colors, as he rescinds each of his gifts. Mara's voice cries out, " You looked into my eyes! Your path now leads to the Gates of Doom!

The transport momentarily appears to head toward an exit, before making a sharp turn into a large crumbling corridor. Using the hydraulic systems, the transport is given the effect of being lifted off the ground as it floats towards the Gates of Doom. Lightning flashes along the walls, illuminating large cobra statues overhead as the transport continues forward. The Gates of Doom pulsate with green mist and an audio-animatronic Indiana Jones struggles to keep the doors closed. Jones pushes the doors shut, the transport drops to the ground, and Jones scolds the tourists for looking into the idol's eyes.

He instructs them to proceed up the steps to the left. The transport then accelerates up the flight of stairs. The transport emerges from the passage and teeters on the edge of a vast pit of lava.

If timed correctly, another transport can be seen attempting to cross a rickety rope bridge which spans the pit under a crumbling ceiling. On the far side of the cavern, there is a foot-tall stone face of Mara, that periodically shoots green rays at both transports, causing flames to erupt from where the beam hits the cavern. Formerly, there was an effect in place within this scene where the light beams would hit the ceiling, causing dyed ice cubes to rain down, simulating the rubble of the caving temple, but it was removed due to operational issues.

However, the sound effect for the rubble can still be heard upon entering the room. The transport then turns left and enters catacombs of false pathways lined with skeletons, some of which pop out toward the guests. Suddenly, the transport veers to the left and all is dark. The transport's headlights flicker back on, illuminating walls swarming with thousands of beetles.

The transport makes it safely across, then turns sharply to the right. Hundreds of snakes cover the walls and ground and a large audio-animatronic cobra appears to the right of the vehicle, striking at the riders. The transport heads back to return across the rope bridge and flashes its headlights at an oncoming transport about to cross. The transport turns sharply to the right, behind the giant stone carving of Mara's face, and crosses a wooden bridge under the rope bridge. Riders enter a room full of skulls 1, to be exact and the ghost of Mara roars at riders from above.

After missing an exploding lava rock, the transport veers into a pitch black tunnel. The transport then stalls near a hanging tree root, where many rats are seen climbing across it and falling off into the car before a burst of speed sends the car through the tree root, which vaporizes like mist. The transport careens through a dimly lit tunnel with paintings of spear -wielding skeletal warriors adorning the walls.

Blasts of air hit the riders and darts are heard striking the transport as it rolls over the trigger stones between the skeletal warriors. The transport then approaches a dark area and stops. Indiana Jones suddenly appears above the vehicle hanging on a rope in a shaft of light. He welcomes the adventurers' rescue and bids for them to turn on the headlights and allow him to board. As the lights flicker on, they illuminate a massive boulder rolling toward the transport.

An exhausted Jones wipes his forehead and says one of the following:. A final triumphant refrain of music ushers the guests back into the station. Sallah welcomes back the tourists, and tells them to remain seated as the transport reaches the loading area. While the name is similar to that of the fourth Indiana Jones film , the design of the titular skull is entirely different and the scenarios in the attraction are unrelated to the film. The design is influenced by ancient South American architecture and art.

There is a large room in the first pyramid with elaborate, South American-inspired frescoes on the walls; skeletons litter the floor around the queue walkway. The queue subsequently passes through a series of smaller, intricately themed chambers. Paco, a South American tour guide, hosts a black-and-white safety film, which plays on a continuous loop. Everyone is seeking the Fountain of Youth.

There is a single carved door with pools of water to the side, complemented by mist and what appears to be endless hallways. All guests enter the same hallway, seeking the Fountain of Youth. At the end of the hall awaits the Crystal Skull. It glows demonically, signaling that the journey is about to take a turn toward the Gates of Doom. The transport momentarily appears to head toward an exit, before making a sharp turn into a large corridor.

Lightning flashes along the walls, illuminating large cobra statues overhead as the transport seems to "float" through the room using the EMV technology. The Gates of Doom pulsate with green mist as Indiana Jones struggles to keep the doors closed. Jones, speaking in Japanese, scolds the tourists for waking the Crystal Skull and instructs them to proceed up the steps to the left. The triumphant musical theme from Raiders of the Lost Ark is heard as the transport accelerates up the flight of stairs. Blues and greens are the colors that fill this room. There is a large tornado effect near the bridge.

The eye of the large skull is crystal and emits lasers and other lighting effects.

The transport turns left and enters another chamber filled with skeletons, some of which pop out toward the guests. Suddenly, all is dark; the music tinkles with chaotic violin pizzicatos. The transport's headlights flicker on, illuminating walls swarming with thousands of beetles. The transport finally heads out of the darkness and onto the bridge which spans the pit.

The transport stalls for a moment as another oncoming jeep can be seen across the pit, but it turns out of the way before reaching the bridge. The massive stone effigy shoots beams from its eye at the bridge, attempting to destroy it. The transport safely makes it across and makes a right turn. Thousands of snakes line the walls and ground and a gigantic audio-animatronic version of the Mesoamerican deity Quetzalcoatl , with glowing red eyes, appears to the right of the vehicle, striking at the riders.

The transport turns sharply to the right entering behind the giant stone skull. The transport slides past hundreds of human skulls which decorate the walls, as the crystal skull on a plinth radiates light. Turning left, out of the massive stone effigy, the transport continues downward, passing under the rope bridge. A carved skull like face is in the wall in front of the vehicle. The vehicle pauses for a moment and a fireball [a large ring of harmless orange colored smoke] suddenly emerges from the face's mouth, heading straight towards the vehicle.

The vehicle swerves to the right driving through the smoke and on to the next corridor.

A hall lined with sculptures of gaping skulls along the walls. The vehicle lurches forward over the pressure plates in the floor activating the booby trap. From the mouth of each skull shoots a dart [air jets that emit sudden swift puffs of air]. 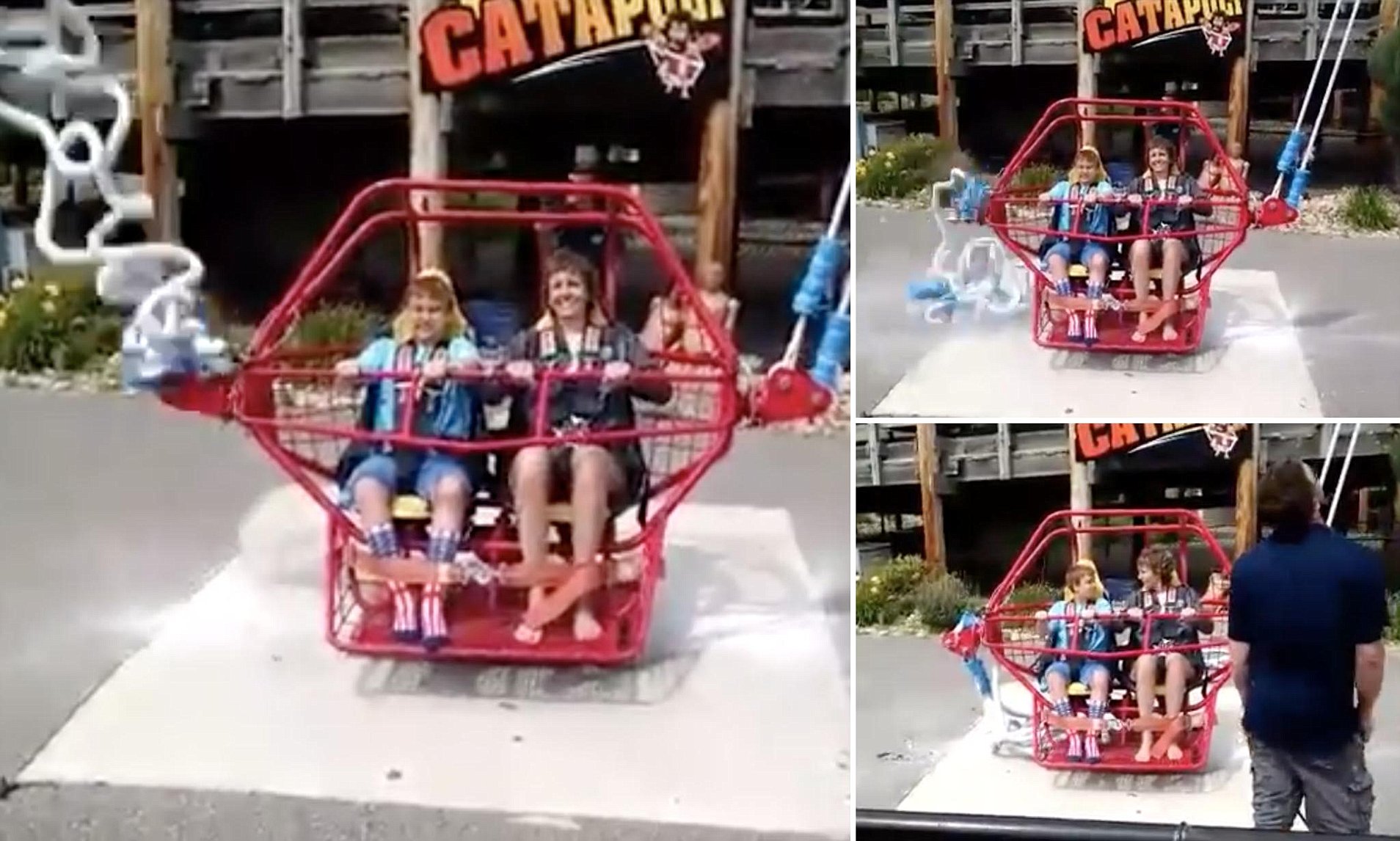 The transport rolls to the end and makes a sharp right into the Boulder Room. Jones hangs from a vine above. As the transport pulls up underneath him he shouts [In Japanese] one of several phrases cautioning the riders.

As the boulder rolls towards the transport and falls, the transport plunges and a photograph of the entire car of riders is taken. The photograph may be purchased after the ride. The transport drops suddenly, then turns right sharply in a dark tunnel and comes out to see Jones standing in front of the crushed boulder.

Jones wipes his forehead and says one of several pre-recorded phrases. A final triumphant refrain of the music ushers the guests back into the station. While waiting to disembark, the mobile radio transceiver announces one of several "please remain seated" messages. In addition to dialogue and sound effects, an orchestral soundtrack plays through the speakers built into the troop transports. This medley contains segments and motifs of John Williams ' original scores for the first three Indiana Jones movies, re-scored and re-recorded to sync up with the perils of the adventure. Richard Bellis was responsible for this adaptation process.

The following list is a breakdown of the different passages heard in the attraction, and the track times at which the original versions can be found on the soundtracks for the films. 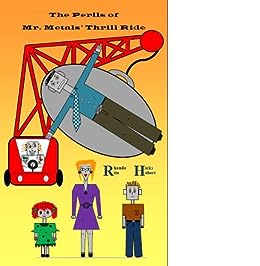 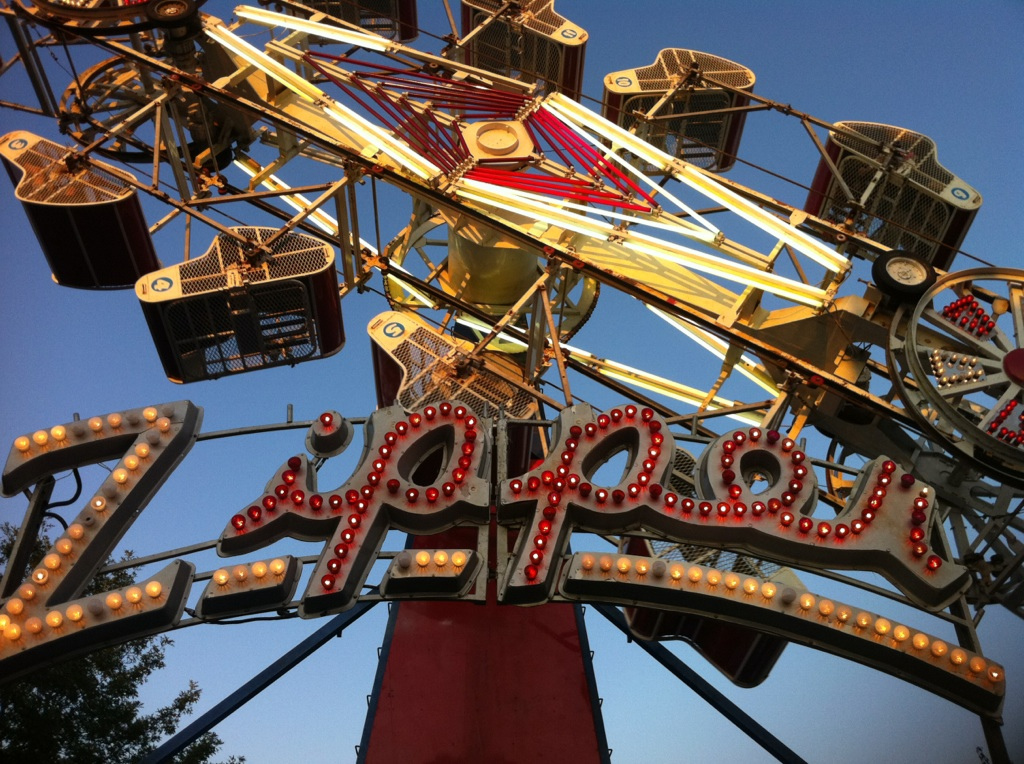